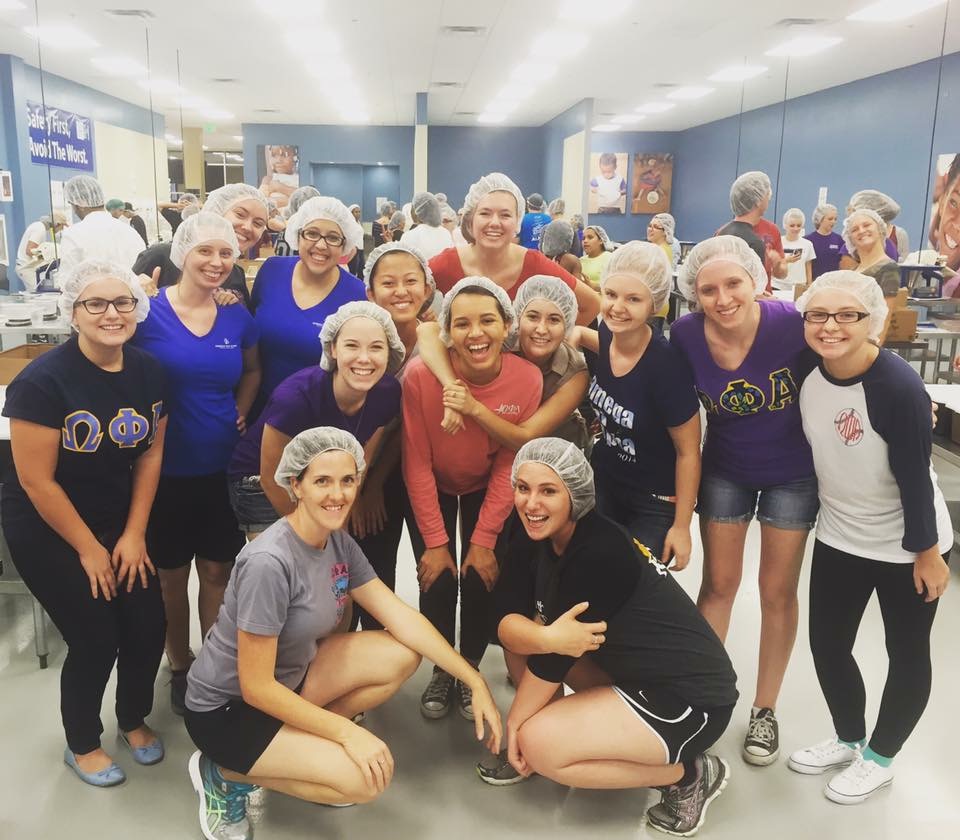 Phoenix, Ariz. — Omega Phi Alpha National Service Sorority is holding its 49th national convention in the Phoenix area from July 14 to 17, 2016, at the Tempe Mission Palms Hotel. More than 100 delegates from 30 chapters at prestigious universities from across the country, as well as alumnae members, meet annually to make decisions about the future of the organization. Some of the universities to be represented include Auburn, Rutgers, Boston University, Georgia Tech, Texas A&M, Penn State, Northern Arizona University, and Arizona State University, among several others.

“We chose the Phoenix area to host our convention for several reasons,” said national OPA Vice President of Business Operations and local resident, Kasey Stevens. “We have many collegiate and alumnae members in Arizona, and we’re excited by the many activities the area has to offer us. This year, one of the most anticipated activities involves giving back to the local community. Not only will our attendees help package meals at the Feed My Starving Children center in Mesa on Thursday (July 14), but OPA will present a check for more than $2,000 to pay for the food we pack. This overall service project has far-reaching effects we’ve not seen as an organization in quite some time.”

To recognize OPA’s upcoming 50th anniversary in 2017, attendees can honor another member with a donation to OPA, kicking off the first significant fundraising campaign to directly benefit the national group. Delegates will also participate in business meetings, workshops and awards presentations.

Omega Phi Alpha is the most respected provider of lifelong sisterhood-based community service and leadership development. Founded in 1967 in Bowling Green, Ohio, Omega Phi Alpha is a national service sorority with thousands of collegiate members who actively serve their communities. Through the various chapters at 30 universities across the United States, OPA sisters strive to further the sorority’s principles of friendship, leadership and service. As alumnae, sisters can become lifelong, service-minded leaders