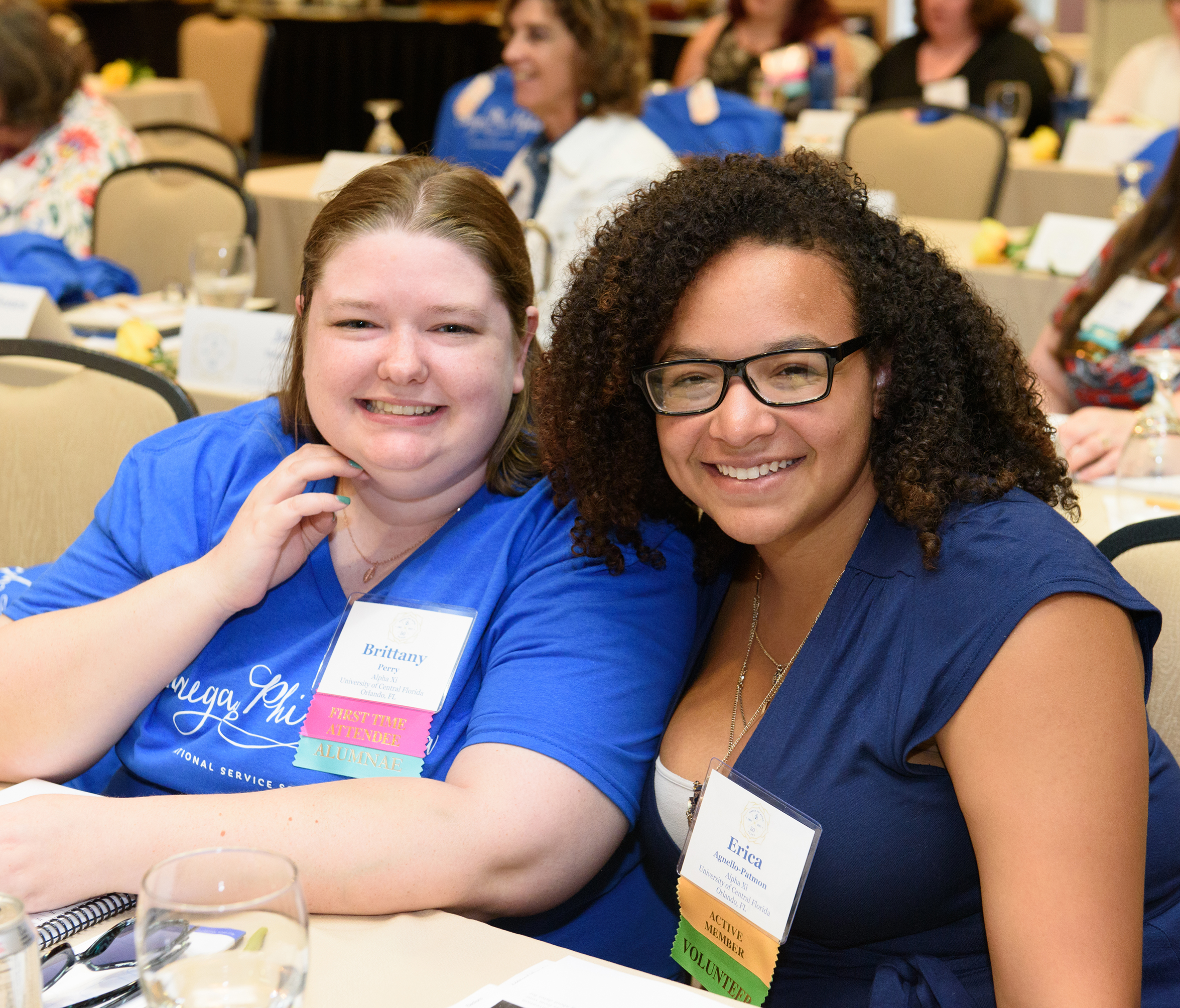 Omega Phi Alpha’s National Convention is the biennial gathering of delegates from each active university chapter, national officers, and alumnae representatives. The delegation makes decisions that will guide the future of the national sorority. Although day-to-day administrative decisions are made during the year by the national officers, all of the sorority’s important national issues are decided by the convention delegation. In addition, a large part of the convention is devoted to exchanging ideas, networking, and developing skills that chapter leaders will use in maintaining a healthy chapter.

It is critical that all chapters are represented at the national convention. Active chapters in good standing should send at least two voting delegates to represent their members. Additional actives can also attend and participate in all convention activities. The more who come, the better each OPA chapter will be as a result.

All alumnae are invited to register and attend the convention. Alumnae can attend on their own or apply to be an alumnae delegate (alumnae delegates will be notified by May 15). Please email alumnae@omegaphialpha.org for more information.

Alumnae make a huge contribution at this event. The planning committee, coordinators, and national leaders are almost all alumnae. All alumnae attending the convention can offer input to the alumnae delegates, who are then responsible for casting their votes on behalf of all alumnae members worldwide. In 2019, the alumnae delegation will consist of 20 votes—25 percent of the total votes. Each alumnae delegate receives $100 towards travel expenses in accordance with the national travel policy. Other expenses as well as lodging and registration fee is the responsibility of the alumnae delegate.

But the best part of attending the convention is the chance to make new OPA memories beyond college, build new friendships, strengthen bonds with other sisters, and find a new way for personal growth within the sorority. The agenda also designates time for alumnae to gather in their own special sessions, attend the alumnae society induction and share meals as a group.

The location of OPA’s national convention rotates around the country every other year, allowing all members the chance to attend a convention close to them. The location is announced a year ahead of time.

Thank you to everyone from multiple generations who attended OPA’s 50th anniversary celebration convention in Perrysburg and Bowling Green, Ohio. We had the time of our lives! See the Fall 2017 Chevron for photos and stories about Convention 2017.

Read more about Convention 2016 in the Fall 2016 issue of the Chevron.