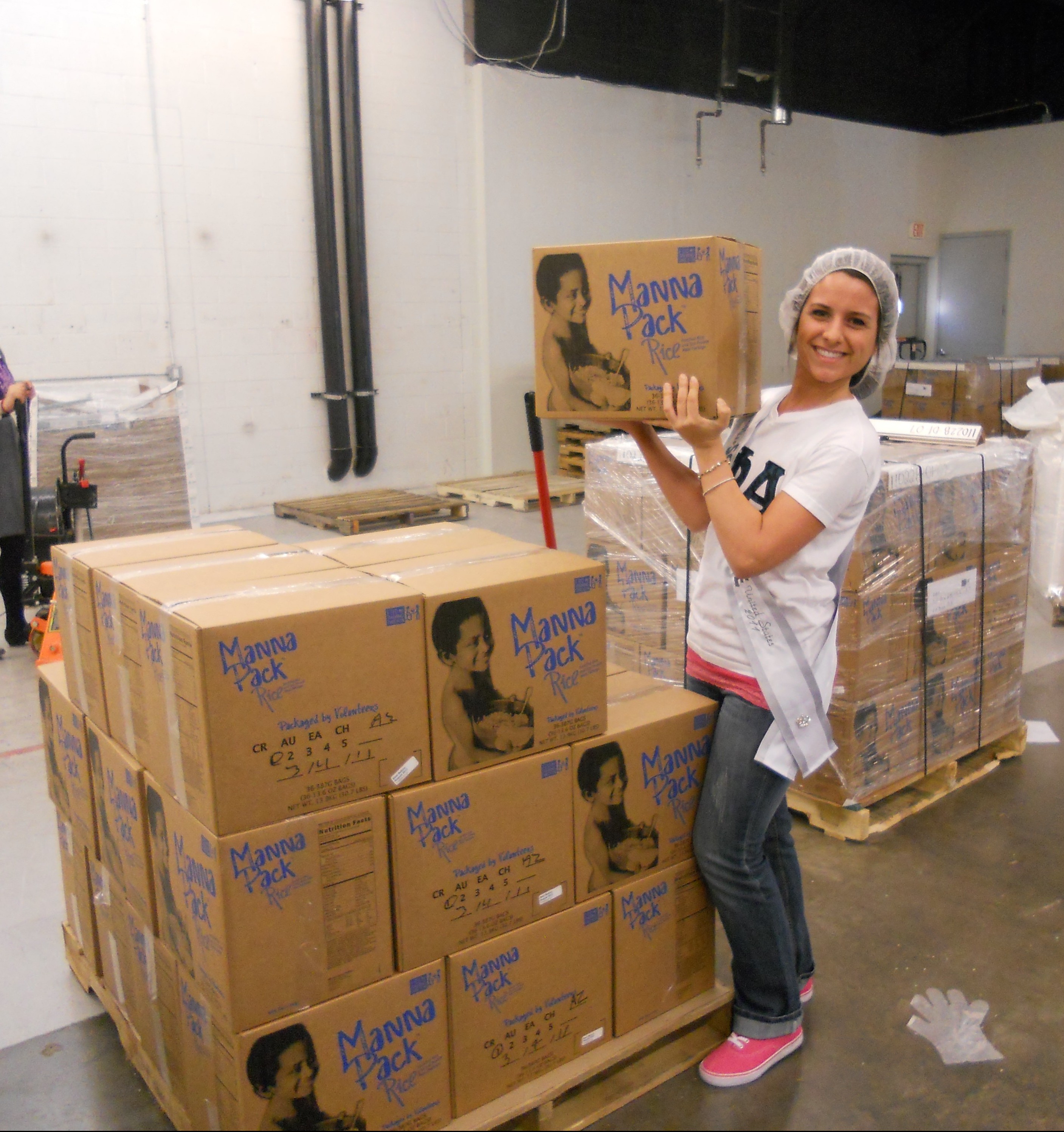 Collegiate chapters of Omega Phi Alpha join together each year and direct their efforts toward performing chapter service projects. The service that OPA members perform is categorized into areas of service. Each chapter is required to plan at least 6 projects per semester:

One for each of the four areas of service:

One for the National Permanent Project:

One for the National President’s Project:

Many chapters go above and beyond this requirement, performing various projects that fall within each of the areas of service and sponsoring additional projects that the chapter feels passionately for or has a personal connection to due to a fellow sister, family member or friend affected by a situation.

Service partners include, but are not limited to:

Eat So They Can

More on the Areas of Service

The service that Omega Phi Alpha performs is categorized into areas of service. The areas of service correspond to the direct beneficiaries of our projects. While planning projects, members take into consideration who directly benefits from the volunteer hours.

This area of service provides an opportunity to make a college campus a better place, and directly support the university by giving back to our peers. Volunteer efforts should directly benefit the university, students, faculty and staff in some way.

This area focuses on the many nonprofit organizations around the community are in need of outstanding volunteers willing and able to give of their time and talents.

Members of the Sorority

Service to the members of the sorority should directly benefit OPA members–whether they are current actives of a chapter or alumnae. The age-old saying is true; to be able to care for others well, you must take the time to care for yourself first. “The easiest way to make a friend is to be one, and that cheerful disposition is exactly what this service focus incorporates.”

Nations of the World

While OPA’s efforts are close to home within our communities, many people in this world are in need of a helping hand. We look beyond our communities to serve the nations of the world to extend the realm of our service to those living outside the United States.

The national Permanent Project of Omega Phi Alpha is mental health. It was designated in 1971 during the national convention in Bowling Green, Ohio. Mental health was purposefully chosen because it encompasses many charitable causes, as well as the long-term need that would evolve.

The national President’s Project is selected each year and announced during the national Convention by OPA’s national president. It is a singular honor for the president to direct the service efforts of the members of Omega Phi Alpha across the country who together are united and contributing to the cause.