Omega Phi Alpha’s alumnae efforts promote programs to engage all members as lifelong, service-minded leaders. One way to continue the sorority’s mission after college is to stay active as alumnae members.

Alumnae can be recognized in the alumnae society program (also known as the Digging for Diamonds alumnae reunion event), run for national office, be an alumnae delegate at the national convention, make financial contributions, find ways to volunteer, be nominated for the Ann DeMatteo Alumnae Service Award (named after longtime board member Ann DeMatteo), or simply stay in touch via the Chevron newsletter and social media. To stay connected with the latest OPA happenings, it’s important to update your contact information on OPAportal when you move or change emails.

While it’s not required, alumnae can also join or start alumnae chapters. 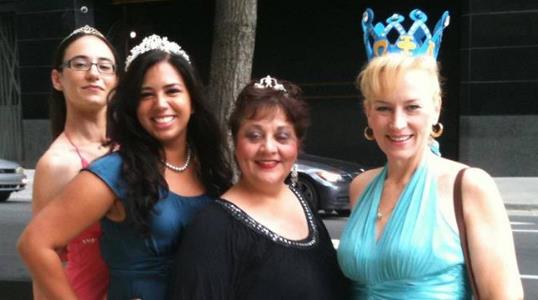 Omega Gamma – Atlanta, GA
Omega.Gamma@omegaphialpha.org
Previously known as the Greater Atlanta Area Alumnae Chapter (GAAAC), Omega Gamma schedules most of their activities in the Atlanta area. In addition to socializing over meals, these alumnae sisters also get together to participate in major Atlanta fundraising events like the Undie Run and to gather holiday care packages for troops overseas.

Omega Delta – Nashville, TN
Omega.Delta@omegaphialpha.org
This alumnae chapter sponsored the South Region Golden Catch-up Senior Ceremony in the summer of 2013 and made it an annual event. Most of their meetings take place over a meal in a Nashville area restaurant, but they welcome ideas for new activities and projects. Omega Delta was previously known as the Greater Nashville Area Alumnae Chapter (GNAAC).

Omega Zeta – Austin, TX
Omega.Zeta@omegaphialpha.org
This reactivated alumnae chapter rotates their meetings around the Austin area. They were on hand to welcome Alpha Nu Chapter at Texas State University in January 2013, and joined their Omega Tau sisters for their annual trek to the outlet mall in San Marcos that year.

Omega Theta – Acadiana/Louisiana
Omega.Theta@omegaphialpha.org
This chapter serves the Acadiana region of Louisiana and holds most of their projects and meetings in Lafayette. Their most memorable activities include a pottery painting outing and a street cleanup.

Omega Iota – Phoenix, AZ
Omega.Iota@omegaphialpha.org
This alumnae chapter, recognized in 2015, holds their meetings and activities in the greater Phoenix area. One of their favorite service projects is with the Tempe packing facility for Feed My Starving Children. Check out their website for more information. The chapter received the Outstanding Alumnae Chapter award at Convention 2017.

Don't see an alum chapter in your area?

At the end of the provisional period, the alumnae chapter interest group will receive a Greek-letter designation and official recognition as an alumnae chapter.