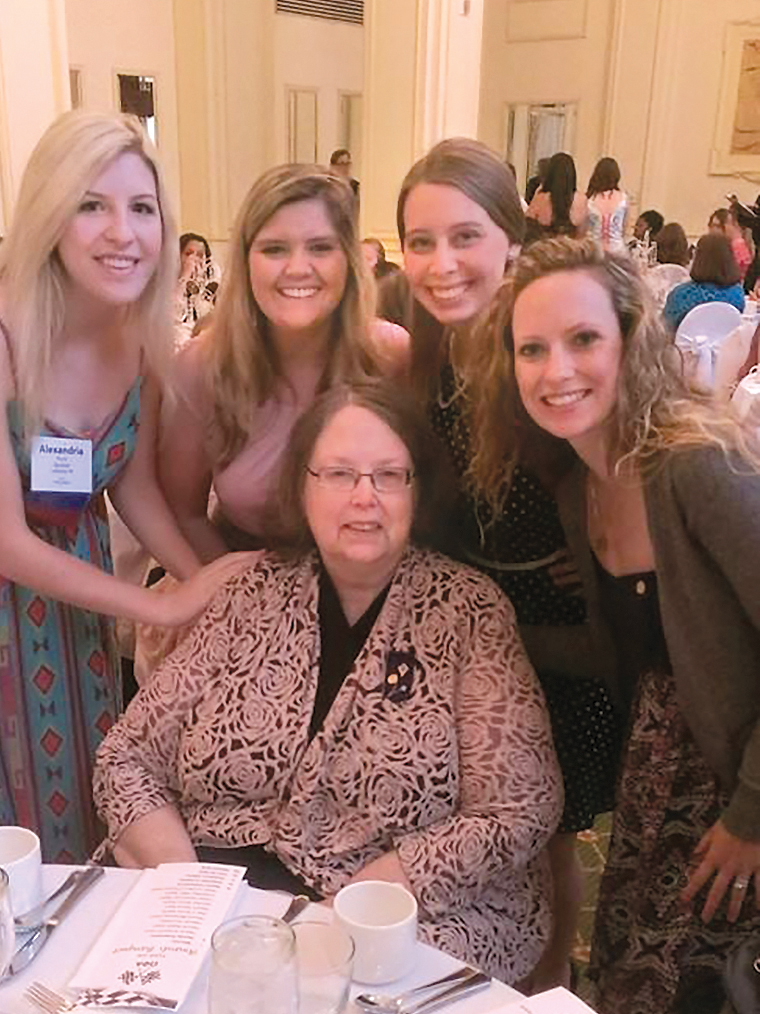 Our sister and national vice president of finance, Pamela (McCullough) McEwen passed away Sunday, August 27, 2017. However, we all can take comfort in knowing that she fulfilled her sense of purpose through her service to Omega Phi Alpha. Despite work demands and health issues, she made OPA a constant priority in her life. Pamela retired as the chief financial officer from Nashville Metro Social Services after 35 years last year, but she never retired from OPA. At Convention 2017, she was elected as vice president of finance on the newly restructured national executive board, with the aspiration “to focus on strategic plans to improve and grow the sorority.” This role capped more than two decades of national OPA experience, most of them as vice president of finance or national treasurer.

Pamela pledged the sorority in the spring of 1973 at Epsilon Chapter, where she served as vice president of the Alpha pledge class. After graduating from Tennessee Tech, she joined the National Alumnae Association (NAA), a separate organization that existed before lifetime membership was implemented. In one of her first efforts to improve and grow the sorority, she was instrumental in planning the merger of the NAA with OPA and the development of the lifetime membership process. She went on to become a charter member of the sorority’s first alumnae chapter.

In 1982, Pamela became involved on a national level and has been actively engaged ever since. In addition to several terms related to financial governance, she was also a past national president, vice president of advancement planning, and alumnae administrator. Throughout the years, the national board depended upon Pamela’s ability to see issues clearly and form an unbiased point of view to guide them on many issues. Plus, she managed to make convention financial workshops enjoyable! During all those years, she embodied improving and growing the sorority by participating in the development of the Scholarship Trust, creating the first set of financial procedures for the sorority, establishing a national membership database, and working on the National Structure Task Force to reorganize the new leadership structure of the sisterhood.

Pamela is the only sister to be honored with both the Susan Terzian Award and the Ann DeMatteo Alumnae Service Award. She earned the Terzian Award in 1989 for her contribution and dedication to the sorority, and the Alumnae Service Award in 2014 for her work toward in seeking tax-exempt status for the sorority. The Fall 1989 Chevron recounts Pamela’s reaction to receiving the Susan Terzian Award: “This is the greatest honor I can receive, even more than my CPA certificate. I’m just flabbergasted to get this kind of appreciation. I can’t believe it…I just can’t believe it,” she said. That level of modesty demonstrates who Pamela was—a steadfast financial leader, a caring friend and mentor, and a sister committed to serving others.

Thank you, Pamela, for the legacy you have entrusted to us. We will do our best to emulate your commitment and spirit of excellence.